THE HISTORY OF CHICANO TATTOO 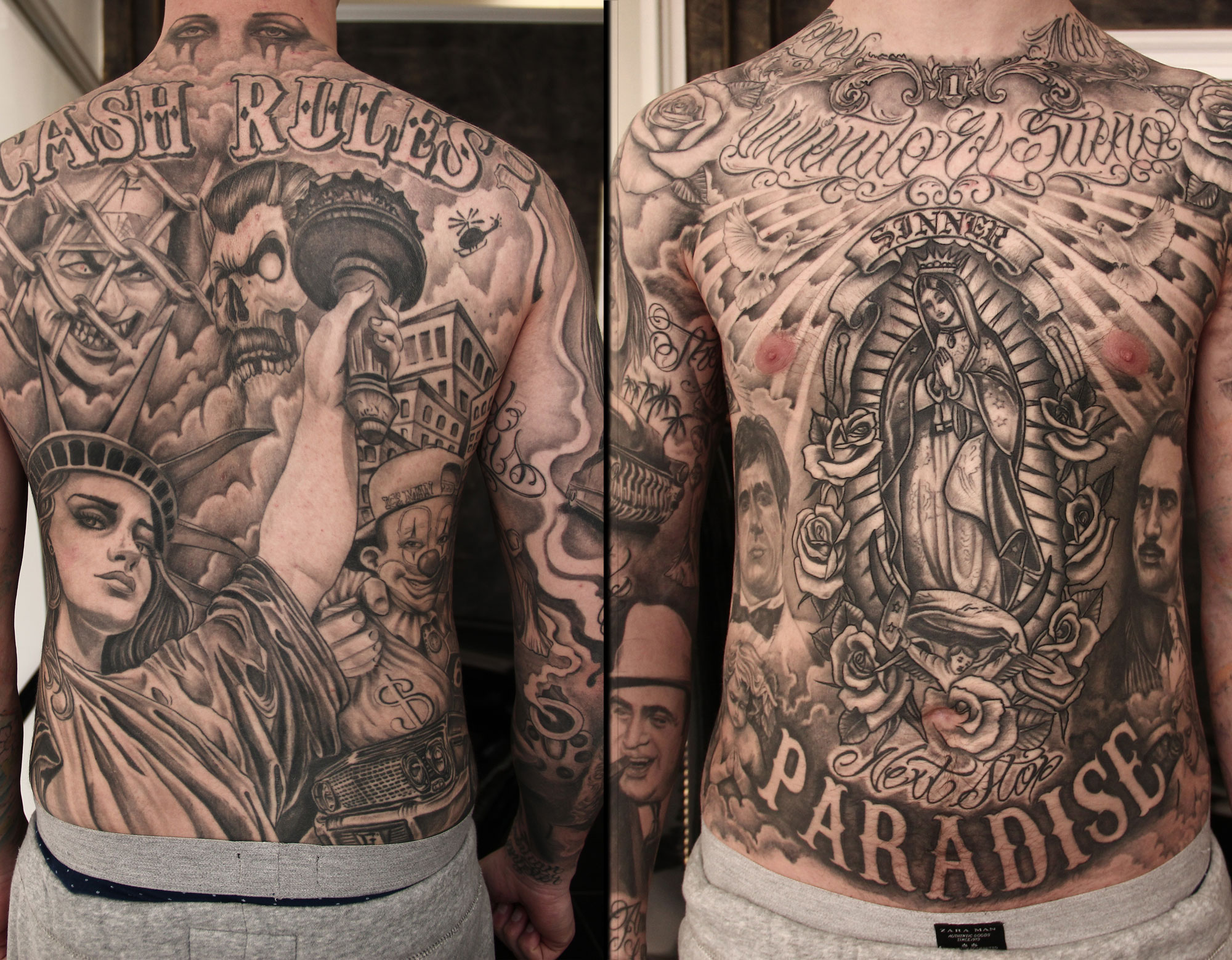 The term Chicano o Chicana was born from the classification of United States people of Mexican origin, at the start the word was used as an insult but in no time became a chosen identity of the Chicano movement of the s60. Before the 2nd world war the Chicano citizen lived in discrimination, from 1942-43 the situation of the community changed economically after their integration with the american army during the war. Anyway the rent of the house in the big city, railroaded the community to live in the suburbs where raised the famouse 'BARRIOS". The adolescents of the Barrios changed their identity making a new own style of large clothes, disk cap with plumes and clocks or chain as economical symbols. In the '60 took place a political movement that fighted with no violence all these discriminations. The artistic elements of these manifestations was the 'murales' which the adolescents covered the walls that delimited their area with wonderful political draws. furthermore was born a big creative activities like 'Oldies music' ( song-writers like Vincent Fernandez ) and theatre arts all connected to identity and Chicano ethnic .
The Chicano Tattoo was born from Pachuco gang culture in s40 and in California, Texas, New Messico and Arizona in the s50. these kind of tattoos was made at the start with hand and sewing needle deeped in the India ink (a simple black ink used to write and draws). The classic themes of the Chicano style are: women, skulls, flowers and religious figure. With no doubt the classic subject tattooed in Chicano style was a little Pachuco cross in the middle of the thumb and fingers: It was at the origin a symbol to identify the members of the gang to show respect and loyality into it. For those who was not from the barrio this symbol rappresented crime and violence while for chicans was a symbol of faith and loyality to community, families, women and God.
Another form of Chicano art are the 'PAÑOS': (Look the pic) 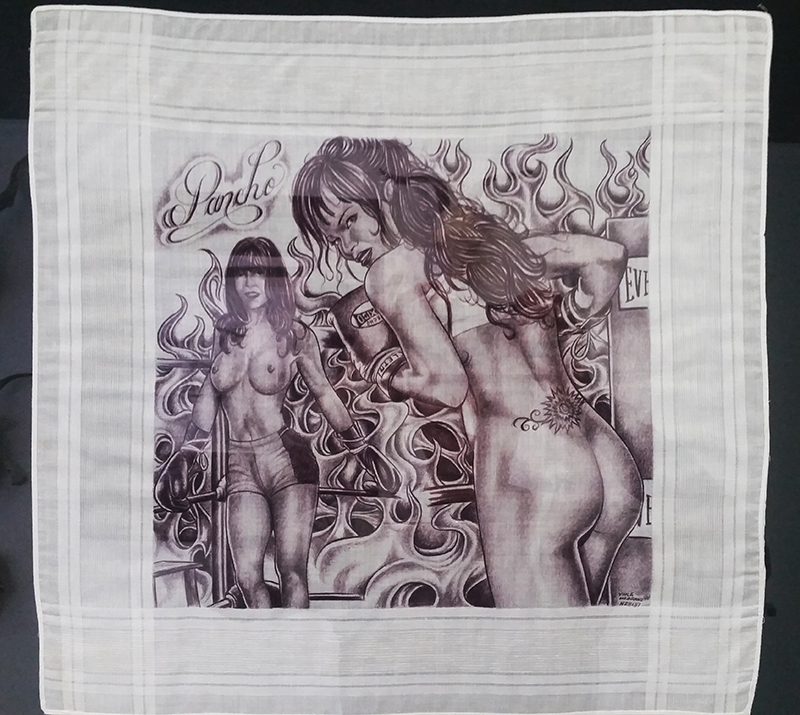 The 'PAÑOS' was born as a form of prison art in the southwest of United States, they are pen draws on handkerchief, bedsheets and pillow-sheets from the name they took that it's a diminutive of paÑuelo ( - handkerchief in spanish - ). Used to send messages or sometimes to get a favor between prisoners, they became a form of art with catholic themes, faith symbols, imagery of political Chicano movement and figurative art of prisons. The prisoners often sends their art to their family or to their love that used to conservate these in boxes or binders instead of in frames. A lot of artists of PAÑOS took the inspiration from ( 'Letters - Lettering' ) of Chicano art from the murales,'LOW RIDER' car and from tattoos. Furthermore PAÑOS was for the crazy life 'La Vida Loca', where was showed scene of gang life, real streets life, poverty and prisons. Symbols as clocks, hourglasses and masks like 'Laugh now, Cry Later' was the description of the conseguence of 'La Vida Loca'. ' La Vida Loca ' it was not the only life style of these artists, a lot of them, were dedicated to religious figures like crucifix, figure like Christ and Virgin Mary, prayer hands, sacred heart and rosary. These was for respect and faithful in the spiritual and religious figures of protection and of redemptive power in general. At last, isolated from their families, loves and friends, they these prison artists started themes like 'memories': sentimental imagery as portrait or memory of their like in the Barrio.